Halloween is just around the corner and if you’ve haven’t gotten your costume, there’s still time. My husband and I just took our first trip to the Halloween store and it was a little overwhelming. We tried to find something that would fit all three of us, but quickly discovered that there are limited options when dressing an infant. However, since we were shooting for the family themed costume, we came up with a few ideas.

There’s a lot of different superheroes and families to choose from. Whether you’re a Marvel or DC family, there are tons of options. We actually tried on the Incredibles costumes mostly because there was a size for my son. 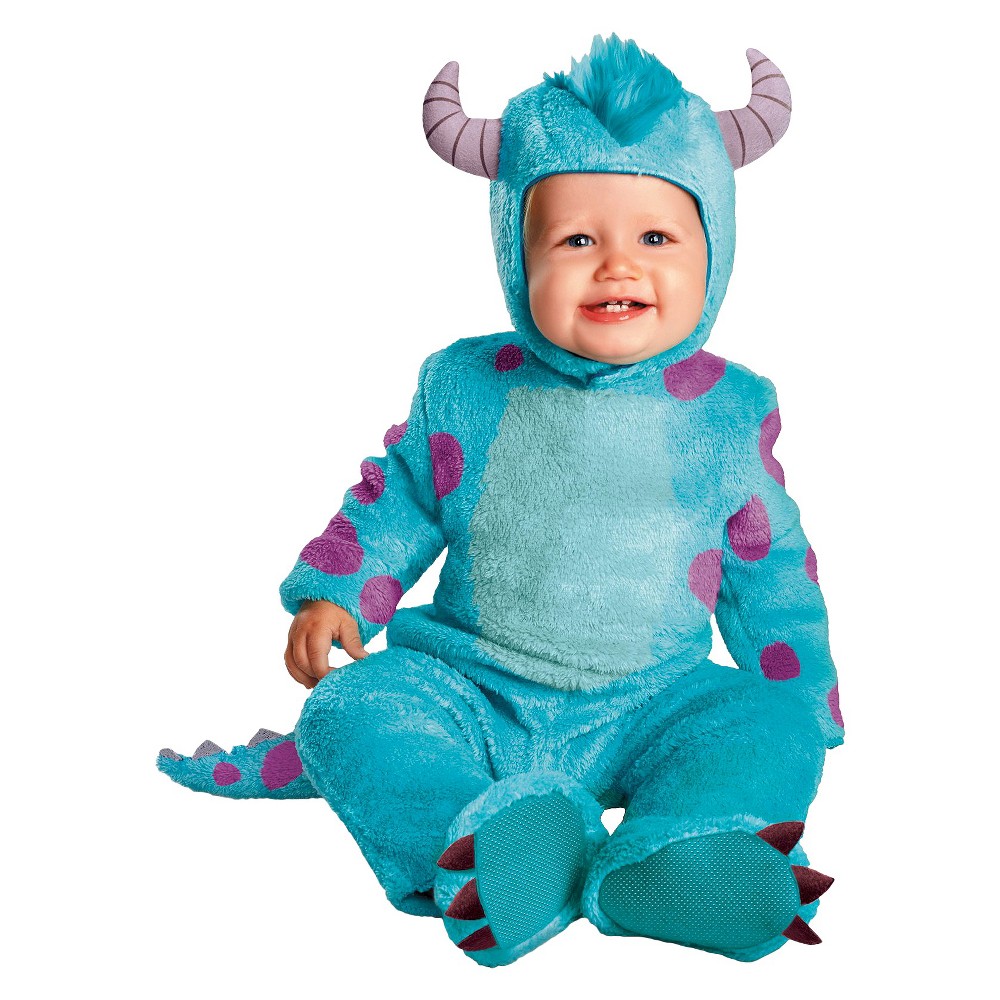 I thought about doing a throw back to one of my favorite cartoons, but I could only find this Sulley Costume in 12+.

I do love the idea of a DIY Monster’s Inc. or Monster’s University costume set as well. I’ve seen a lot of cute ones online and I LOVE the idea of my son as Mike, but my husband isn’t quite sold on being Sulley (although he just happens to be a giant too). 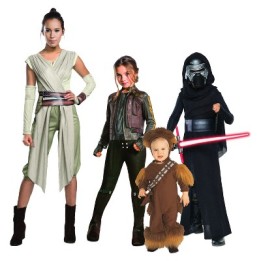 Star Wars basically had a reboot with these last few movies and everyone is a fan now. At the Halloween store, Star Wars costumes literally took up a full quarter of the store. The characters are endless and there’s pretty much a size for everyone. You can keep it classic and be Darth Vader, Obi Wan, R2D2, CP3PO and Leia. Or, try a few newbies like Rey, Fin, young Han and Kylo Ren.

I thought I’d wait until the baby could hold a light saber before doing this family Halloween costume.

The one costume I wish I would have had the idea earlier was Nickelodeon game shows. As a kid, I constantly watched Legends of the Hidden Temple and Double Dare. I didn’t think they actually made costume like that, but we found them at the store! Of course, no baby sizes, but we could have easily had someone screen print a shirt for him and order ours online.

You literally can find all the supplies for the Halloween costume including the yellow helmet, team red and team blue shirts, knee pads and goggles.

The key to the best group costume is to pick a TV show with lots of characters. My friends actually did Bob’s Burgers last year and it was perfect. They were Linda and Bob and could have easily added Tina and Louise. Whether you’re an adult swim fan or not, their bound to be supplies for the show you love.

*The costume we actually decided on just happens to be from a TV show. No spoilers though. Pay attention to my Instagram on Halloween to find out what we chose!

As part of the Target Affiliate Program, I earn from qualifying purchase.

This site uses Akismet to reduce spam. Learn how your comment data is processed.

Connect with Me on Social